Administration, communication, and collaboration are strong points I have developed or discovered on the many projects I have done. I excel at distributing information clearly, helping to keep many creative people on the same page and working together efficiently.
I am a frank and articulate person who doesn't shy away from necessary confrontation, but am also practiced in healthy conflict resolution.
I can collaborate well with other creative people in a variety of roles, whether in screenwriting, choreography, or as a director with a cinematographer, etc.
I have a solid understanding of the components of storytelling, especially in the feature film format. I have years of experience giving and receiving constructive criticism on written stories and edited videos.
I have a quick memory and meticulous attention to detail. I value thoroughness, accuracy, and quality in my work and that of others.
I delight in creating order out of disorder by making workflows more efficient, organizing information, and streamlining schedules.
I am comfortable expressing my emotions freely and am able to clearly articulate what I am feeling or thinking and why. I also have a vivid imagination and strong empathy towards others, enabling me to develop characters and direct actors well. ​

The Creative Journey
Story is in my DNA. From learning to read when I was three, to growing up listening to my Dad read Dr. Seuss, The Chronicles of Narnia, and A Wrinkle in Time, to organizing a writer's group in high school, to now making films, storytelling has been woven tightly into the fabric of my life. My passion is to use the power of story the way Jesus did... as a vessel for truth and life, to touch hearts and open the way for Him to change lives.

Currently, I am pursuing a Bachelor of Science in Cinematic Arts at the Zaki Gordon Cinematic Arts Center in Lynchburg, VA, graduating in May 2018. Ironically, I never planned on going to college, but God opened the door and showed me beyond a shadow of a doubt that this was the route He wanted me to take. Over the last four years, I have grown by leaps and bounds in the skills necessary to tell the stories planted deep in my heart and in the hearts of others. Besides that, the people God has planted in my life have stretched and shaped me into a wiser, more balanced, more mature, and more nuanced person.

For the last few years, I saw myself primarily as a producer: the realistic, feet-planted-firmly-on-the-ground person who helps the flighty creative types turn their ideas into reality. But after directing my thesis film, No Strings Attached, in October of 2017, I began to consider directing films in the future. Working on Fairy Tales of an Author has given me valuable practice in character development and collaboration.

What's next? A new chapter of life that I can't wait to read!
The Faith Journey
The 22 years of my life so far have been a battleground between law and grace. For the first five years of my life, I took almost every opportunity to rebel against my parents (and that rebellious streak still occasionally rears its head). My Dad explained the Gospel to me when I was 3, and he says I understood it then. While I don’t remember that day, I’ve known the basic truths of the Gospel in my head for as long as I can remember.

When I was about 8 or 9 I became obsessed with keeping the rules and being “right,” and beating myself up with guilt when I knew I had sinned. I was baptized when I was 13, but I doubted my salvation throughout my teen years. I suspected that most of my outward “good Christian” behavior was a show, something artificial, not springing from true salvation and working of the Holy Spirit.

Just after I turned 18, things reached a breaking point where God opened my eyes to how utterly incapable I was of making myself good enough for Him… how I could be going through all the motions of “Christianity” and still not truly be close to God. I saw myself trying to climb up a cliff to God, unable to reach Him, and He whispered to me, “Let go.” And I did, and He caught me.

I don’t know if that’s truly when I was saved, or just a moment of greater understanding, but I do know that since then I have never doubted my salvation again. Also my stress levels and emotional breakdowns decreased drastically, and I was able to freely pour myself out to the people around me. For the first time I saw my life described in the New Testament instead of feeling like I was falling short.

Sometimes, though, I’ve run dry. God has used hard semesters at school to reveal countless wrong motives and proud, selfish patterns of thought and behavior that I have been nearly blind to. I have felt completely incapable of living everyday life. I’m realizing that God’s goal is not to make me an independent person. His goal is to keep me dependent on Him. He made me a very capable person, with lots of natural giftings and abilities, but He cannot use those for His glory unless they are surrendered them to Him. Those abilities are not bad things in themselves, but He doesn’t want me to do good things by myself for Him. He wants me to sit with Him, walk with Him, allowing Him to use me and teach me however He wills.

He is asking me to trust Him with my talent, abilities, relationships, projects, and mistakes, to stop worrying and trying to control it all, because it’s too much and I can’t do it. But nothing is too much for Him, and He never runs out of time or love or grace. He is teaching me that He loves me in spite of myself, that His yoke is easy and His burden is light.

I’ve been praying the wrong prayer for too long… Jesus, teach me how to fix myself and serve You better. What He wanted me pray was, Jesus, open my eyes to know You better, to understand Your goodness, grace, power, and love in a way that transforms my life. 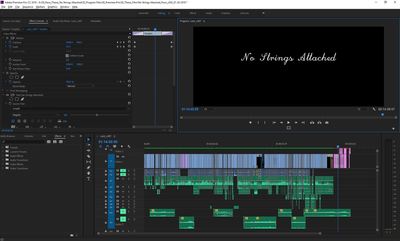 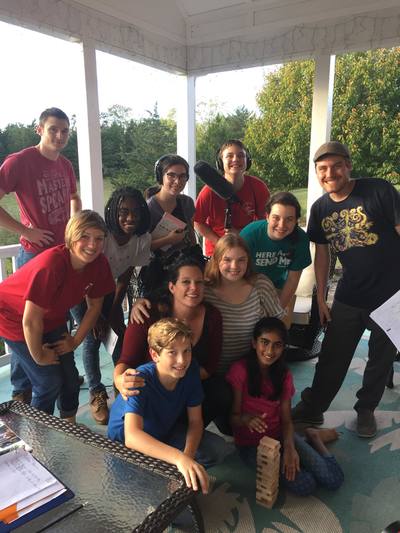 Add Videos
Credits
Director
Writer
Producer
editor
​1st Assistant Director
​Co-Producer
​Script Supervisor
Add Credits
Ideas
"Ideas" are projects that are still in-development and not released yet. "Ideas" that you are listed as part of will appear here. If you need to add yourself to another "Idea" please contact the person in-charge of the "Idea" and ask them to add you to the "Idea" listing.
Support
The "Funds" part of Storytellers is currently still being developed. Once it is finished you will be able to create a Patron style campaign and have it appear right here so that fans can support you through it.
Follow
Contact